Leader in design and development of Electrical and Electronic Equipment

Hirect was incorporated in April 1958 as Hind Rectifiers Private Limited. It started its Manufacturing activities in one of the Bombay Port Trust godowns at Sassoon dock, Colaba.

In the Year 1959-60, Hirect shifted the activities to the present location of 20,000sq. Meters campus at Bhandup, Mumbai.

Supreme Powertronics Pvt. Ltd., Nashik which began operations as a sister concern around mid 80’s was Amalgamated with HIRECT in 1995.

In the year 2001, new manufacturing facilities were created in Bhandup, Mumbai for manufacturing 25 KVA invertor to 180 KVA convertor for Indian Railways.

HIRECT has entered its Golden Jubilee year from April 2007 and to commemorate the occasion Hirect Inaugurated two more plants at Dehradun, Uttarakhand on 13th April 2007 to manufacture power equipments for Railways. 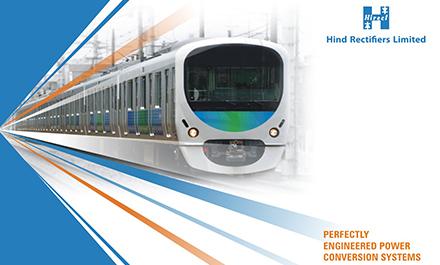